The age of virtual reality is sweeping users off their feet. There are so many top companies that are offering best in class VR headsets and while there are a number of choices for you, it is important to select the right one. Popular names include Oculus Rift, and the HTC Vive. But, which of these do you want to experience? Or, do you want to simply go for a PSVR console or build your own headset using the powerful OSVR platform.

Whatever may be the case, in this article, we will take a look at the best VR headsets in the market today, gaming availability for each, customer requirements and reviews, pricing, and our final verdict based on all these aspects. Here we’ve listed the top three contenders in the high-end VR watchlist. These may cost a bit, but it’s worth the personal experience that you’ll get during game play sessions.

The headset that has gained the most recognition in the VR arena due to a lot of incredible features and outstanding software support. Oculus Rift has been out the longest in the space, which pretty much verifies why it tops our list. As the oldest player, Rift creators have had a good chance of working on any technical glitches, and comfort in general.

Lightweight at just 0.8 pounds, Oculus Rift is the lightest headset to feature in our list. It has a double HD display with the accelerometer, gyroscope, built-in headphones, IR sensor, and a microphone. Setting up the Oculus Rift headset to the PC is very easy. Get access to the Rift ready apps with guaranteed compatibility using the headset.

The design of Oculus Rift is plain and simple. It’s plain black front has rounded edges, and a three-strap harness to secure the product to your head using adjustable hook-and-loop fasteners. The product also comes with a built-in-headphone that flip up and down and sits properly on your ears.

Overall, users of the Oculus Rift have found the headset fairly lightweight and comfortable. While wearing glasses with the Rift, it does get tighter, but from the visual perspective it is crisp and accurate. However, depending on the frame size of your glasses, it could hurt wearing the headset along with them for a longer period of time.

Setting up the Oculus Rift with your PC is very easy. All you need to do is connect your PC to the HDMI using the lengthy cables and the USB 3.0 connectors.

Priced at $599, Oculus Rift is the second most expensive headset available in the market. When combined with the Oculus Touch controllers (priced at $99), you get to embrace VR to get high quality experiences and even manipulate it.

Oculus Touch that was originally released as an optional Rift controller is now included in the package. Along with that comes the Oculus Remote, the wired controller is kept attached to your wrist when using the Rift headset. The Xbox One wireless adapter comes handy for those VR games non-motion-based and conventional controllers.

What users have to say?

Rift produces a crisp picture with incredibly smooth motion tracking, such that it feels as if objects are actually in the front. However, the performance of the compelling visual entirely depends upon the sophistication of the hardware.

The Oculus Rift comfortably produces a crisp and immersive virtual reality experience that is technically impressive and powerful. It performs best with a PSVR, rather than a PC. For the mid-range user, Rift is a good choice. If you’re not sure of what kind of a VR experience you’re looking for, then it’s very tough to get wrong with the incredible feature laden equipment. EVE: Valkyrie, the original Oculus Rift Warzone gameplay is till date the best VR space battle without the motion sickness.

PSVR easily hooks up to your PC, unlike other headsets. Hence, essentially there’s no need to upgrade your computer, or tweak the software to see if it can run the VR games, and more. Just plug-and-play with the Playstation VR. At 120hz, PSVR doesn’t quite match the impressive 960 X 1080 of the Oculus Rift. Everything about the PSVR looks edgy. This one requires no system fiddles, no graphics tweaking, and is out and out the customer’s favorite. Here’s why.

The PSVR comes with a gorgeously sleek white edge, cool lights, and a black fascia with a sizable cable, volume control, and a power button on the surface to turn off the headset. In fact, what puts the gadget apart from the others in the space is the way it adjusts to fit over your head. Just press the back button to extend the plastic band over your face, which adjusts itself to fit automatically. This is the reason why using a PSVR during gameplay never feels as if it’s “gripping” around your head.

When it comes to comfort there are very few VR headsets that can match the PlayStation. The headset sits equally on the top and back of your head, blocking out any external light with the small rubber flaps that sit on your nose. Also, you’ll find PSVR much comfortable if you wear glasses.

One of its best features that is highly impressive is the ability for the user to track movements even when when turned to 180 degrees. There are two backlights that allows you to track and make this quick move. The user can easily adjust the viewing angle and perform simple tasks in the real-world as well, such as being able to locate the controller, and more. These are the reasons why when it comes to design and comfort, there are very few VR headsets that can compare with the benefits that a user gets when wearing the headset for a prolonged period of time.

PlayStation VR is highly compatible and it is almost impossible to screw up the setup. There’s no way you’ll not get it right as you don’t need any third party drivers or software for installation. Unlike other VR headsets that require high-end graphics to support the immersion experience, PSVR does the same using the built-in GPU. PlayStation’s Camera tracks, nine different light points on the headset and the lights on the move controllers. The flexibility of movement is limited to the PSVR player.

However, the thing that’s going to draw people a lot to PSVR is its price of $399. But, the PlayStation’s base system doesn’t contain the tracking camera, which is a mandatory inclusion or the two move controllers that is highly important. It is better to consider purchasing the $499 bundle that comes with both the controllers. At this price too, PSVR is way cheaper than most of the VR headsets today.

What users have to say?

Apart from the annoying clunky mass of cables, the adaptable gaming headset and the earphones that bundle with the gadget is a surprise package. The games look excellent, even though for certain game plays, the screen quality does begin to have an impact. No motion sickness experienced and a more comfortable VR feeling. It’s cheap and uncompromising performance, with stunning features and increased comfort – playing games in PSVR is the best experiences you’ll ever have. You’ll also find discussions about buying first version of PSVR of waiting for the next one.

PlayStation VR offers a seamless performance and beats others when it comes to quality and price. The headset looks absolutely stunning and is highly comfortable to wear. Game playing in the PSVR is one of the best experiences that one can have with acceptable latency enough for you to notice. At a much lower price point, the PSVR beats the immersion experience of the top players too. It is worth investing in a couple of controllers to enjoy the best experience of gaming.

With sophisticated motion tracking, high resolution screen, and the best graphics possible, HTC Vive is better at blocking outside light than the others in the list. In fact, most companies are currently developing games for the Vive. The gadget comes with advanced movement tracking, along with best-in-class controllers and cutting edge hardware makes HTC Vive the costliest VR headset of all the higher-end players.

If you’ve tried the Google cardboard, the Oculus Rift, or even Gear VR, you’re already well aware of what a VR experience has to offer. But, wait! There’s the most immersive VR experience available right now and that’s with the HTC Vive. Yes, even before we walk you through its amazing design and exclusive features, we want you to know that HTV Vive is immensely wonderful and incredibly fantastic.

To get started with the VR of this product, you can actually make the most out of HTC Vive by using the specialized controllers that come with the gear. To experience VR, you must have enough space in your home or elsewhere to understand the complete potential of the Vive. Its minimum system requirements are a good graphics card and an advanced processor. There is a 1080 X 1200 resolution of each eye for the two screens within the headset.

The box contains apart from the headset, two sensor cubes, a link box, two chunky controllers, Micro USB cables, and enough plugs. The sensors of the Vive let it know the exact location of the controllers. The recommended meter space for your setup is 2 X 1.5 meters as the games designed to be played in the Vive is based on expansive movements. There are several setup guides available, so you may want to use one to get everything to work.

The headset looks good and appears futuristic where you can easily adjust the straps to get a good fit. Although, you may try to adjust it suitably, the headset does appear wobbly. At a weight of 555g of the headset alone, added to that a couple of more grams of the over-the-ear headphones, you may find it uncomfortable over longer use.

Vive’s dual controllers are great. Made of plastic, these are ideal to control your movement while interacting with the VR environment. When the visor is on, the controllers are visible in the air, so you never quite get confused with the plenty of buttons and controls. The touchpads are useful for gaming.

The HTC games are fun with the likes of Job Simulator, Fantastic Contraption, Hover Junkers, Vanishing Realms, and more that let you not just experience the wonder of VR, but also actually physically walk around in the environment. The HTC Vive headset with two controllers and base stations is priced at $799, making it a pretty competitive option.

Download the setup instruction from Vive’s website and follow the step-by-step guide. You can attach or even screw the base stations to tripods to adjust the position. Steam partners with Vive to bring compatible content that will entertain you for days.

What are users saying?

The virtual reality experience offered by HTC Vive is hands down the most immersive ever when compared with the Oculus Rift and PlayStation. The ability to interact with objects in a VR environment gives you a real-like feel where you get transported to a new world around you. The user-friendly HTC Vive combines room scale tracking to enable a natural way to interact with the virtual world. There are various types of games available for the HTC Vive and undoubtedly they provide the best experience ever.

The HTC Vive is an extremely capable VR headset that provides an unrivaled experience with room scale tracking and handheld controllers. It’s great for PC gamers, for casual users, and for those using VR first-time. 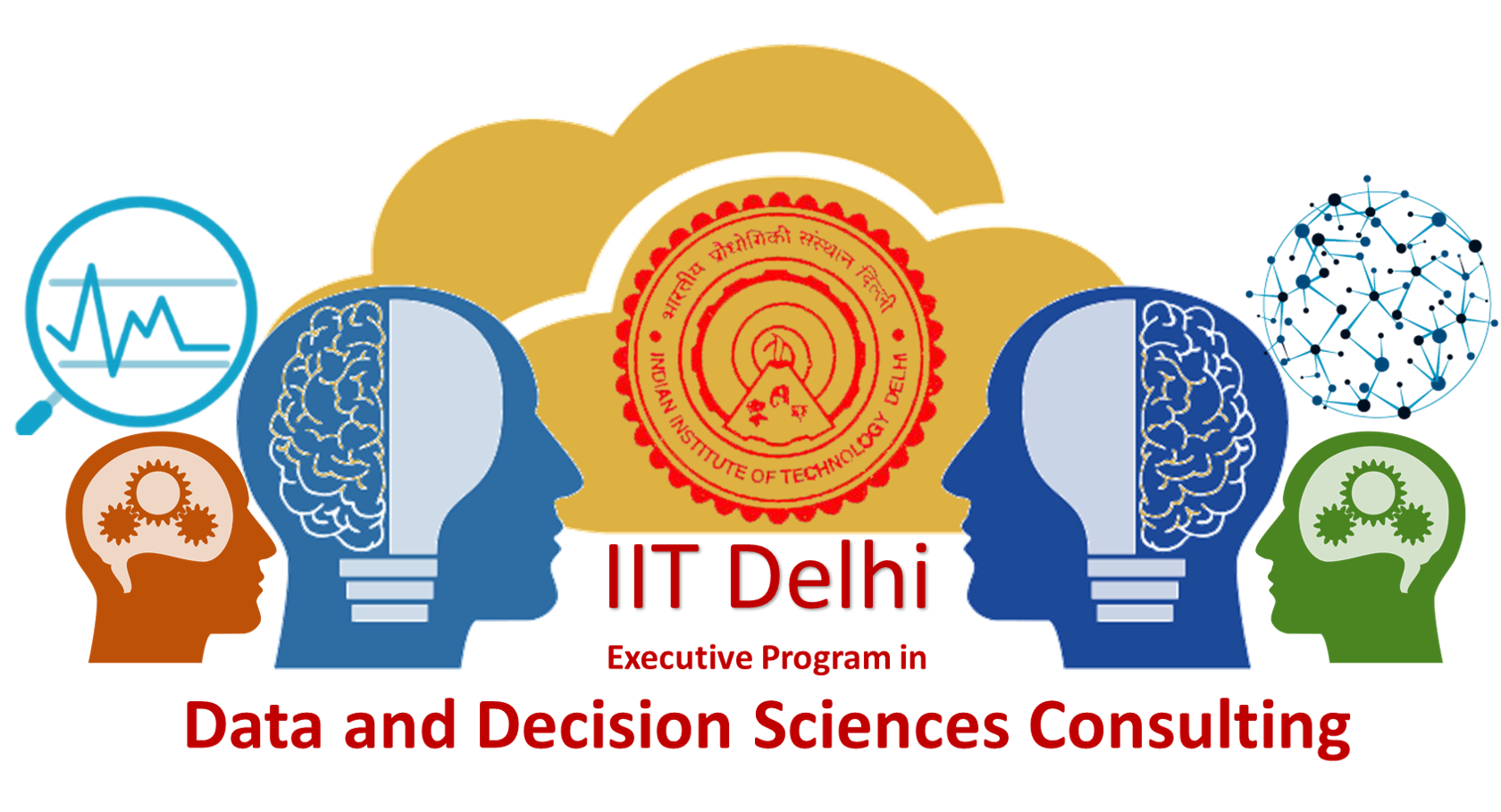 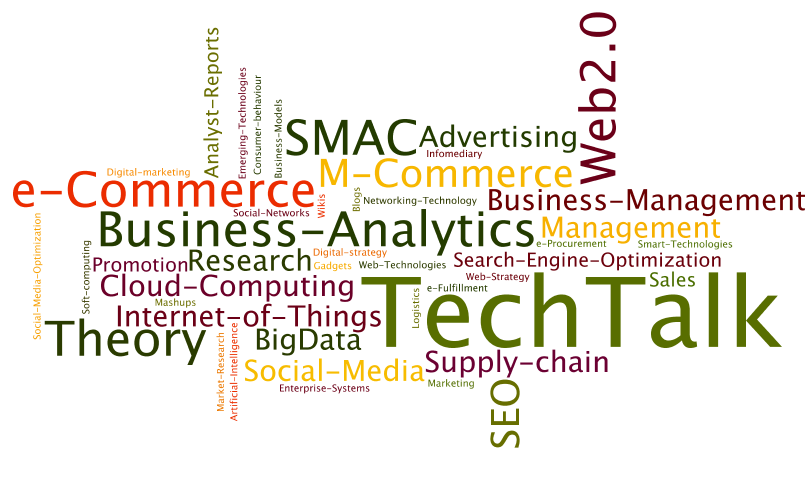