Internet Television is gradually gaining in importance as a service in this web enabled era.  Simply speaking it is the digital distribution of television content which is streamed over the Internet. Internet TV or Streaming TV is a general term that covers the delivery of television shows, channels, news, sports, entertainment and other video content over the Internet by video streaming technology, typically by major traditional television broadcasters. This is a new format of content delivery as opposed to traditional systems like terrestrial, cable and satellite, although internet itself is received by terrestrial, cable or satellite methods.There are different technologies which enable this feature. For example, the Hybrid Broadcast Broadband TV standard  technology (followed by SES, Humax, Philips, and ANT Software) is currently promoting and establishing it as an open European standard for hybrid set-top boxes for the reception of broadcast and broadband digital television and multimedia applications.

Similarly, for the common user, there are services like the UnoTelly services. This service allows subscribers access hundreds of live television channels, through their browsers for free. This facilitates a subscription based internet based delivery of streaming television content, which can be accessed by the users without really using any other device other than the normal computational device like a laptop, desktop, tablet, smartphone or any device which can support video access over the web.

So what does such internet TV service providers offer for the viewers. It is interesting to note that most of the TV channels that one can view in any country, is specific to a subscription guideline maintained by the content distributors within that country. So one is potentially unaware of the different channels that may be present which such Internet television streaming services can potentially offer to its subscribers. So lots of users and consumers of television typically suffer from this Geo-Restriction Problem get a change to get shackle free using such streaming television services. 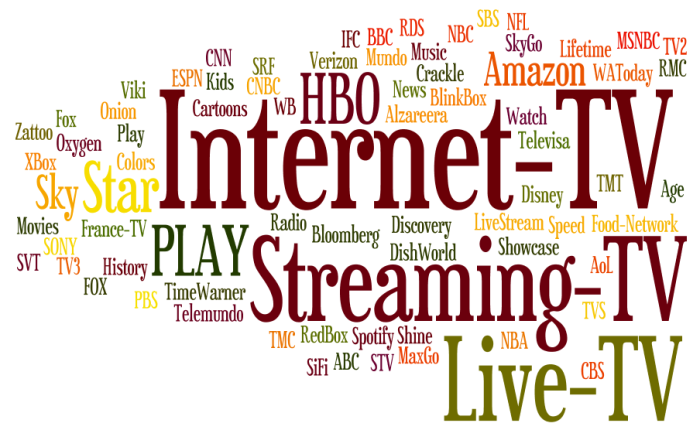 UnoTelly is one such great Internet Streaming TV Service Provider. One can access lots of channels which are not accessible otherwise from one’s country thus enabling the subscriber to break free from the shackles of geo-restriction problem. What is more fantastic than their service is that the company offers a free 8-day UnoTelly DNS access, which I am sure my readers would love to try! This would give the users subscription to hundreds of channels for free during the trial period.

Further, there is additional benefits of using such a service for professionals who may need to travel frequently. One cannot always carry his / her subscription with him, while traveling. This means that one potentially loses out on watching the favorite programs while traveling and may have to search online for recorded versions of their favorite Sitcom or Game of the NFL, FIFA or Cricket. Having such a subscription reduces the dependency on such TV channels which are delivered through traditional cable or satellite TV connections. This basically means that if you have a decent internet connection from your laptop, tablet or even your I-Phone or Smart Phone, you can just watch your favorite channels from anywhere across the globe. This would be especially helpful for professionals and executives who are into management consulting or business development, since their job entails a lot of frequent traveling. Further for all those users who would prefer to use VPN services to access the content, there are multiple VPN addresses based in USA or UK and multiple other countries, the addresses of which can be used as per your preferences.

So what are you waiting for. Go ahead and subscribe for this wonderful service, at least to try out the free offering! The free service gives you unlimited access to their hundreds of channels for a 8 day period, after which, only if you like to continue further, you can opt for the subscription. I am sure, you will love it and subscribe to the full version. As of today, the Gold Plan which gives you access to 300+ channels is priced at 4.93$ / month.

I hope you find this really useful and adopt this new medium of web driven video content from television industry.

2 thoughts on “Internet TV – The future of Streaming Television”